Lots of Pictures today. Here is a picture of "Teddy Bear", who was going for a walk with his owner. The next picture is of a tree that was uprooted during Sunday's Typhoon. 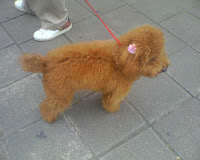 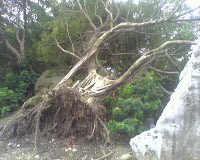 The car was used by President Chiang Kai-shek's Limo when he was president of Taiwan. The big ball is called a Damper Baby. It is the weight that hangs in the middle of the Taipei 101 building. 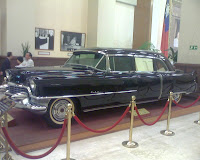 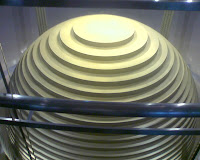 It has been a very crazy couple of days. Yesterday, we toured Taipei 101. This is the tallest building in the world. After the tour of the building, we toured Taipei. Several of the places we visited included the Chiang Kai-shek memorial building, a famous temple and the old town market. At the market we saw several items including fish, snake, turtles, videos and several other fun items. 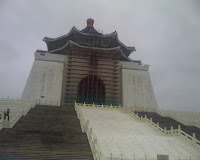 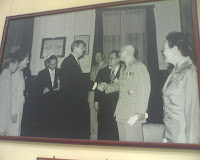 Today, we kicked off the morning with breakfast and a meeting with several people that we have worked with before at the American Institute of Trade (AIT). During the meeting, we felt a minor earthquake! After meeting with the U.S. officials, we went to a top 10 lunch resturant where we ate pork and shrimp dumplings (very good). We then went to a supermarket where there were lots of different fruits and vegetables. one of my favorite fruits that we have tried is Dragon Fruit. It looks like a white kiwifruit. After our tour of the supermarkets, we came back to the hotel. 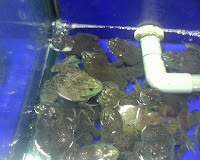 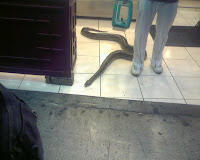 Pictures of Frogs and snakes that we saw at the super markets.

Tomorrow, I will be giving a presentation to over 20 representatives. We are going to update them of California apples and then have a chance to answer their questions. We will then pack our suitcases, have dinner and then catch a late airplane ride back to the U.S.

These are pictures of the streets of Taipei. As you can see, there are lots of scooters and yes...they have McDonald's! 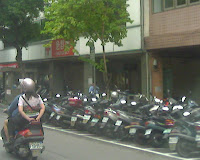 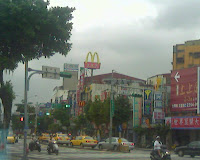 Today, we had the opportunity to meet with a couple of companies who buy apples from California. After the meetings, we toured a company that receives California apples. After the tour, we had dinner at a fish restaurant.

Today, Taiwan is celebrating its National Day (like Fourth of July for the U.S.). We will be touring the city today (everything is closed). One of the places we will be touring is the Taipei 101. This is the tallest building in the world. We are planning to have lunch there and maybe go to the top (101 stories). 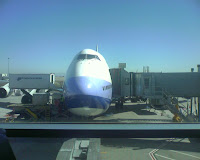 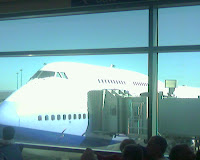 This is a picture of the plane we rode on to Taiwan. This is a very big plane and has two stories (see the windows on the top and bottom?)

I arrived into Taipei, Taiwan today (Monday at 7:30 pm). We were suppose to leave for Taiwan on Sunday at 1:00am, however, due to a typhoon, the flight did not leave until 2:30 pm. After a 13 hour uneventful flight, we touched down. At 8:00 pm, it was 84 degrees and a few sprinkles. In short, hot and humid. Tomorrow, we begin our meetings. Will keep you posted, 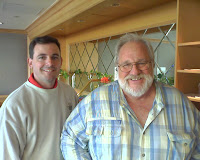 
(Picture of "Doc" and Dad waiting in the airport)
Posted by ottster at 6:33 AM 1 comment: 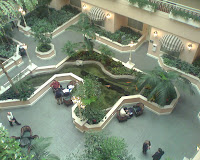 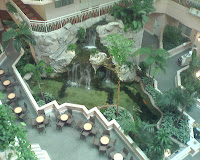 We are in a lot of meetings today and have met some very interesting people. The bad news we haven't gone out anywhere so our only pictures are of the Koi fish that are in the pond inside our hotel (no buildings). The fish are about 2 feet long - Grandma will show you how big that is. We have a long day today and will be home tonight. I hope you are treating grandma well and give moose a hug for us.
Posted by ottster at 6:16 AM No comments: